View cart “Horus Heresy Apocalypse – Sunday” has been added to your cart.
Sale!

This ticket gets you entry into the Horus Heresy Apocalypse Battle, held on Sunday June 5th at Millard West High School in Omaha, Nebraska.

The Emperor’s Telathesic ward keeps both Horus’s warp twisted brothers and his demonic allies at bay, stifling steady progress. In order to break this barrier, blood is needed. Horus has set a trap, too enticing to avoid. Amassing millions of assault troops and equipment in one spot, he will either bring its full force to bear upon one site at the wall, or engage in a set piece battle so immense, the resultant blood sacrifice will imbue the chaos gods with more than enough power to break through the aegis. The loyalists recognize that these are no mere pawns being amassed. Despite the obviousness of the trap, sudden and brutal victory upon this field would leave the traitors severely hampered.

Players will fill out as many 2000 point lists as they would like, as long as they have all the models necessary to field them. Force organization charts are not going to be used in this event. The amount of lists a particular player can bring to the battle will be determined the day of. Multiple lists will help to balance teams. This event will use a target priority tier system. This means, if you should wish to bring primarily infantry, titans and super heavies will be far too busy engaging with each other to bother with lesser targets. There will be need for units of all sizes in this event. To ensure a smooth and fun game for everyone, this event will be moderated by an EO. 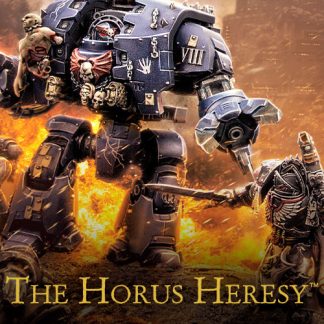