**PAY CLOSE ATTENTION TO THE TICKET YOU ARE PURCHASING.  THIS TICKET IS FOR AN ALLIES PLAYER.  IF YOU ARE INTENDING TO PLAY AN AXIS FACTION, YOU MUST PURCHASE AN AXIS TICKET**

Bolt Action is back, with a twist!  Based on the popular format that has been run at Renegade, we will be doing a “Red vs Blue” format this year.  This ticket gets you entry as an ALLIES player in the Bolt Action tournament held on June 3rd and 4th at Millard West High School in Omaha, Nebraska.  Players will play 5 games (3 on Saturday, 2 on Sunday).

*Players will need a 500 point combat patrol list. One platoon from a theater or generic army. No artillery or antitank guns or towed launchers. All infantry must be able to start the game in a transport
*Players will need a 1000 point main list also. This must be from the same selection as the combat patrol and be a legal one platoon list. Limit of 14 combat dice. You may have 16 units (dice) in your list but only 14 will be in the bag per turn.
*Both lists must be able to be played together as a 2 platoon list.
*Tank lists are allowed for the 1000 point list. 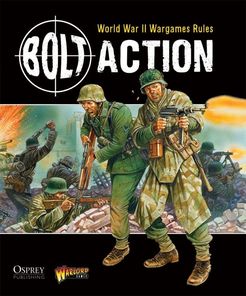